The official closing ceremony of the Women's World Chess Championship took place in SCC Galactica (Sochi, Krasnaya Polyana) on April 6. 64 players from 28 countries competed for the chess crown from March 16 to April 5. In the final match Mariya Muzychuk from Ukraine defeated Natalia Pogonina from Russia (the final score is 2.5-1.5) and became the 15th World Champion.

The closing ceremony was attended by Arkady Dvorkovich, the Chairman of the Organizing Committee and Russian Deputy Prime Minister, Kirsan Ilyumzhinov, the FIDE President, Andrey Filatov, the RCF President. The champion and the runner-up received gold and silver medals made by the Adamas Fine Jewelry as well as special cups by the Imperial Porcelain Factory. Harika Dronavalli, who tied for the third place, also received a memorable gift. The players expressed their gratitude to organizers and sponsors for the wonderfully organized event and expressed their hope to see many more tournaments played in Sochi.

Arkady Dvorkovich: “We did our best to make the best women players of the world feel comfortable in the mountains that hosted the Winter Olympics only a year ago. I think your outstanding games prove that we did our job well. They were fully in line with the airy and slightly provocative logo of the championship that we approved in due course. I want to stress that Russia will remain hospitable to all chess players in the world.”

Andrey Filatov: “To be honest, before the championship I dreamed about the Russian-Ukrainian final. As a student of the Ukrainian chess school and a President of the Russian Chess Federation, I was torn apart between my two Motherlands. Of course, I supported Natalia Pogonina enthusiastically, who made a heroic deed coming back in three matches in the very last game. And now with all my heart I congratulate Mariya Muzychuk, who won the title in a fair sporting contest. Becoming a World Champion at the age of 22 is truly spectacular!”

Kirsan Ilyumzhinov: “Sochi became a capital of the chess world, and we hope to see world class events here every year. I want to thank all the players for their uncompromising games, and thank the organizers for the wonderfully conducted championship.” Mariya Muzychuk: “I am very grateful to the Russian Chess Federation, FIDE, organizers and sponsors of the tournament. It was organized at the highest level! The playing conditions were very good. It was a real pleasure to win here!”

A joint press-conference with Dvorkovich, Filatov, Ilyumzhinov, Muzychuk, and Pogonina followed the closing ceremony. According to the regulations, the new World Champion has to defend her title in the end of this year in a match with the ex-World Champion Hou Yifan. The FIDE President told the press they already received an offer from China, and are waiting for rival offers from Lviv and Kyiv. 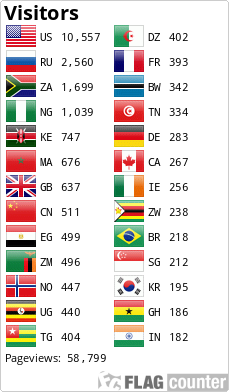