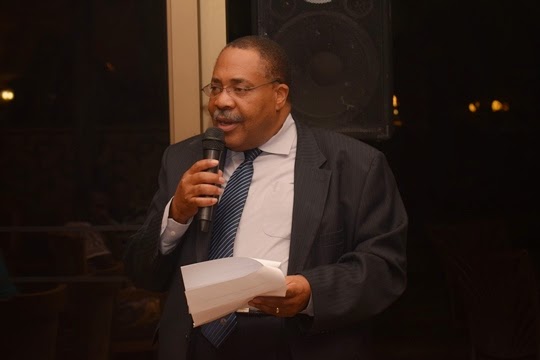 Lewis Ncube during the official opening of the African Individual Chess Championships Question: Here is a big one , we all know you sir , as the African Chess Confederation President that is the number one chess figure in Africa but we would like to know a bit more about you sir Answer: I was born in the Zambian capital Lusaka on February 22, 1958. I come from a large family of eight girls and two boys. We lost our first born sister in 1997 and I now have one brother and seven sisters. I did my initial primary school education at Kamwala L.E.A. School is Lusaka before proceeding to Kaonga Primary School in Mazabuka in the Southern Province of Zambia. After completing my primary education at Kaonga, I proceeded to Hillcrest Secondary Technical School in the Zambian tourist capital, Livingstone. It was at Hillcrest where I learnt how to play chess and won various regional and national titles. Whilst at Hillcrest I represented the country in the school national team against a Malawian schools national team. At the time we started playing school chess Zambia was not yet a member of the World Chess Federation, FIDE. Zambia joined the FIDE family in 1975.After completing my secondary school education and doing military training as part of my national service, I proceeded to the United Kingdom for my A-levels on an academic scholarship obtained under a mining industry education sponsorship scheme. I did my “A” Level education at Gloucester City College of Technology in the West Midlands county of Gloucestershire in the United Kingdom from 1977 to 1979. After successfully completing my “A” Level studies I proceeded to the University of Manchester Institute of Science and Technology to study for my Bachelor of Science degree in Chemical Engineering.During my Chemical Engineering Degree studies I chose electives that skewed my qualification towards specialisation in Petroleum Production and Mineral Processing. I have been privileged to have worked in industry entities covering both areas of my specialization. I also hold Post Graduate qualifications in petroleum fuels, lubricants and liquefied petroleum gas systems. During my studies in the United Kingdom I occasionally took part in weekend chess tournaments some of which were part of the Benedictine Circuit.However due to the nature of the Chemical Engineering course, I had to give priority to my studies and did not play as much chess as I would have loved.Upon my return to Zambia in 1983 I worked for the Mining Industry under the Zambia Consolidated Copper Mines in the Copperbelt town of Chingola as a Process Engineer before embarking on a career in the Petroleum Sector. I started off as a Lubricants Engineer before rising to the position of Marketing and Distribution Manager of the Zambian subsidiary of the Italian ENI group, Agip Zambia Limited. I currently run an energy and commodity trading partnership and also work as an energy consultant. In a brief this is who I am! Question: Since your Election in August 2014 what were the immediate Challenges that came your way as President of African Chess Confederation consisting of all member federations? Answer: The African Continental elections that ushered my team into office were the most divisive I have ever witnessed since my entry into chess administration.The immediate challenge my team faced was to try and heal the rifts that occurred in Tromso and the lead up to the elections. As we complete the sixth month of our term in office, some of the rifts are still there and will take time to heal. On our part, my team and I have endeavored to ensure that every African Federation is allowed to participate in activities of the African Chess Confederation irrespective of their political views or affiliation.We as the Board of the African Chess Confederation have been entrusted with the responsibility of running the Continent’s chess affairs on behalf of ALL the stakeholders. Some Federation officials have sought to continue the Tromso battles as we try to take Africa forward and this has obviously deepened the challenges. However, I can assure you that we are up to the task and we will take every opportunity to ensure that no players or officials seeking to play an active part in the development of African chess are unduly victimized.  Question: What is the current number of member federations under The African Chess Confederation? Answer: Of the 54 African nations that are members of the United Nations, 43 are members of the African Chess Confederation and in turn the World Chess Federation, FIDE.We are working towards getting ALL the 54 African nations to be members of the African Chess Confederation within our first term of office.This is a massive challenge as some targeted countries are situated in areas involved in various conflicts. Question: How have you been able to so far bring all members together to work towards your campaign theme of “Building Chess for Africa” bearing in mind the difference opinion, allegiance and political differences? Answer: Despite the differences that arose in the run up to the Tromso elections, I have known most of the federation members for a long time. I am also aware that a lot of the federation representatives are responsible enough to realize that the sport of chess is much bigger than each and any of us. In this regard I am convinced that despite the differences of opinion the majority of our colleagues will put their national chess interests above any political consideration. In order to effectively manage the affairs of chess on the Continent, the ACC Board has created the following Continental commissions; Women's Commission, Events and Publicity Commission, Chess in Schools Commission, Technical Commission, Development Commission and the Social Projects and Disabled Commission. These Commissions will act as advisory bodies to the ACC Board and their membership composition has been balanced to ensure that contributions are taken from across the entire chess fraternity on the African continent. 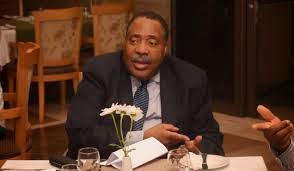